Talking with my writer friends the other day the word schmooze came up. I always liked the word, not for its definition but for its sound. I decided to look up the origin of Schmooze and the only facts were these: it comes from the Yiddish word schmues which means “to chat, to talk or to gossip” depending on which webpage you want to believe. And it is believed that it came into widespread use in the early 1900s when large numbers of Yiddish-speaking European Jews immigrated to the United States. Since that was all there was I was forced to make up my own history.

Felix Mendelsohn was twenty four years old when people began calling him the Schmoozer. And paying him to go away. In the small town his family lived in, he was alone most of the time while his parents worked to afford their small apartment. Therefore Felix was left to his own devices, an only child who was not shy and had quite the gift for gab. While many young children create fantasy worlds, making their toys talk and live adventures, Felix bragged to the street vendors and shop owners who would listen. he had a gift for crafting a story and the adults would listen to them until they could not listen anymore and gave him a few coins to go get something to eat or an ice cream.

Felix discovered that the more outlandish his stories were, the faster he would be paid and sent away. When he eventually reached high-school age, he was spending very little time in actual school and more on the streets learning who he could approach and what he could tell them to get some money in his pocket and food in his belly. He ate better during the day then he did at the family dinner table.

In 1884, Felix’s father announced that they were going to the New World and would seek new opportunities in America. This put Felix’s mind into overdrive. On the boat over, he began to ply the sailors for tales of the United States and what he could expect. By the time they arrived in New York and settled in Brookyln, Felix hit the pavement running, literally, to locate all the coffee shops, restaurants, places where people would meet. He learned all he could at the local bars, since he was now old enough to drink and people gave away a lot of information when they were drunk. Where Felix once made up his stories, he now learned the art of listening and relating those stories to others who valued the information and paid him for it.

On March 22nd, 1889, Bess Rosenstein met Felix in a local bagel shop. She was impressed by the man who everyone seemed to be interested in. When she walked up to him and introduced herself she asked what he did. “Well,” Feliz said, “I’m sort of a ‘schmues’ specialist.”

“No, it’s a little more,”Felix said. “I get paid. So maybe that’s not the right word. Besides, no one wants to hear Yiddish in American. I think I’ll call myself The Schmoozer. That way it sounds more American kind of English and then I can be the only one.”

Today, if Facebook still allowed, Felix Mendelsohn would be the King of Friends. And rich. 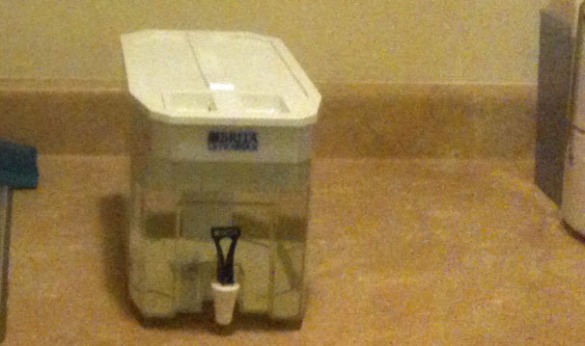 Loneliness of the Brita

I have been self-employed nearly all my adult life. For the most part, it’s wonderful, but there is that missing element: water-cooler kibitzing (or gossip.) It’s just not the same around the Brita in the kitchen. I already know that I saw last night’s Mad Men, and no, my God, I can’t believe that Don Draper did that. I already know the boss is an a$$ and isn’t fooling anyone by saying he’s really going to swear off junk food this time. I already know Jeff thinks the girl in the cubicle (apartment) next to him is hot and yes, he is way too old for her and she’s just being nice.

So what is a self-employed performer and writer to do. Well, blog. This way I can say what’s on my mind and maybe soon people will  start commenting and I’ll have someone to talk to.

How are you? Really, well you look great! No that dress does not make you look fat but yeah, dude, you should hit the gym.

Ok here’s what’s on my mind:

I think that when someone throws a cigarette out their car window it should fly back in and burn them. Just an “ouch” so they won’t do it again. You made the choice to smoke and, um, there’s an ASHTRAY in there.

I believe that if you continuously wear sunglasses inside when it’s unnecessary something will eventually happen to your eyes to cause long-term damage. So stop it. I say that for your health.

Musician and magician are only different by two letters. But one gets the girls and the other doesn’t. I better just accept that or take up the guitar.

I don’t have a car right now and have to take public transportation for the first time in many years. Just a quick note to riders because I believe it’s good advice: if you’re overweight you should just go ahead and walk those couple of blocks instead of waiting for the bus.

The 1% doesn’t really care that you’re mad. They can afford security.

I think all the women in Los Angeles that carry their dogs around in their purses should have to get in there sometime and be carried around. Might be me, but I don’t think it’s comfortable for (wo)man or beast.

Ok it is both scary and cute when they do pop out of the purses like a little puppet show. I expect them to jump out and run to pull the curtain back on the Wizard.

My grandmother once told me I was going to be famous in ten years, she could feel it. She was also drunk.

I lived through the 80’s and never once go to “Wang Chung” tonight. That bums me out.

I think the word “poop” is hysterical. Every time. Poop.